The Owl Vision 360° Manhole Camera is a superior product for companies that inspect manholes. Because of its unique smooth descent system, footage information is embedded into the inspection. It also enables videos to be stitched into a 360° flat view image of the manhole. The stitched flat output allows precise measurements of observations within the software.

The 360° Manhole Camera Comes Bundled With: 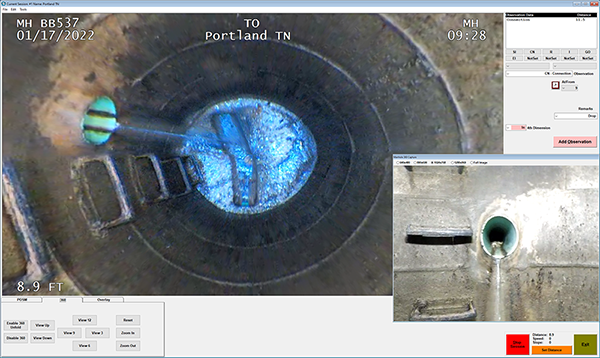 POSM Manhole is the default software bundled with the 360° Manhole Camera. Optionally, POSM Lite can be used for non-NASSCO MACP inspections. POSM Professional can be utilized to enable the system to connect to a mainline or lateral camera system. 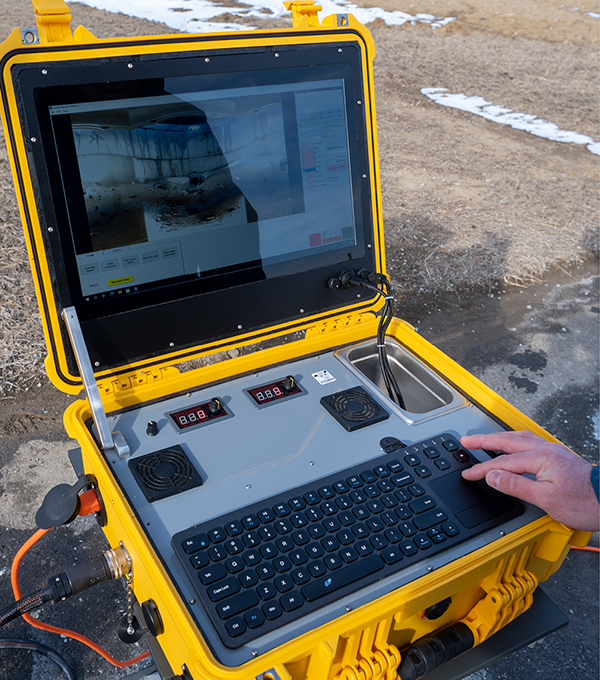 The versatile and rugged hardshell Briefcase is specially made to give you reliable control of your 360° Manhole Camera in hot and cold extremes, with an easy to read screen in both darkness and direct sunlight.

Read about our Sales Partnership with Rausch USA.